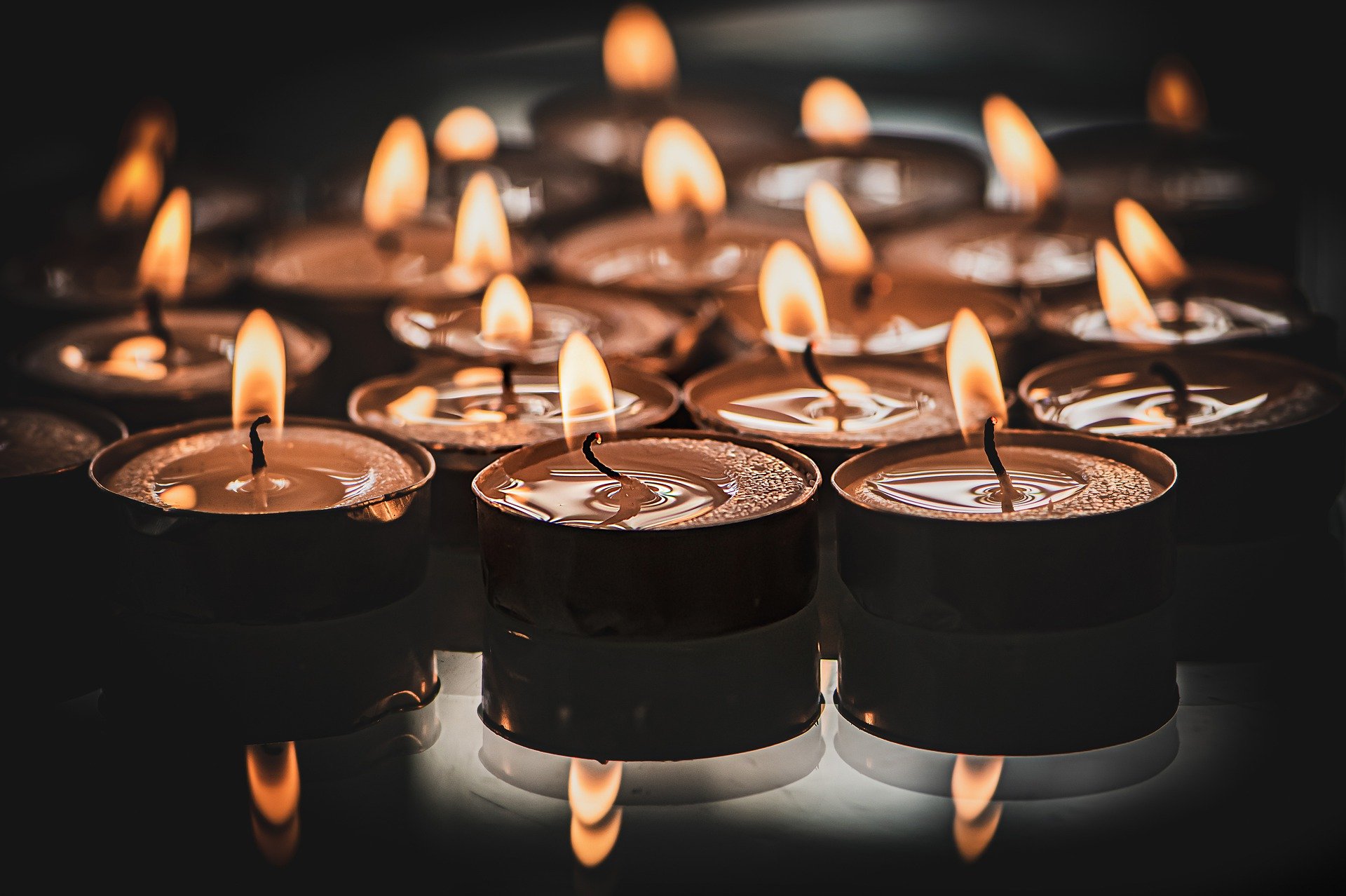 Are you in a fix about installing LED bulbs in the fixtures around the house? Or are you in doubt whether or not LED bulbs will melt plastic?

Keep reading to find out just how hot LED bulbs get and if they’re capable of melting fixtures.

How Hot Do LED Lights Get?

LEDs tend to run at cooler temperatures, so they do not get dangerously hot. So there is little to worry about when it comes to LEDs melting plastic.

What makes LED bulbs the most efficient and affordable bulbs on the market is their energy efficiency. Less heat means less energy is required to operate.

There are marketing claims about LEDs not producing any heat. Anything that uses electricity will generate heat, they may be cooler to touch, but they do generate heat.

You must always apply caution and common sense when dealing with electric bulbs. Regardless of the materials used to produce a high-quality LED bulb, an LED bulb will not melt a plastic fixture.

Keep in mind that the base of an electric bulb can get hot enough to leave you with a nasty burn. Should you have the need to unscrew or unhook a LED bulb from its fixture, turn off the switch for a few minutes. By then, the base of the bulb should be warmer to the touch!

LEDs are hotter at the base because it is home to all the electrical circuitry like the semiconductors, capacitors, and transformers.

If you are curious about the exact temperature at the surface of an LED, continue reading to learn about tests conducted in this area using handheld and wired thermometers on LEDs used at home.

According to the test results, the surface of an LED bulb will record temperatures of around 85°F or 30°C, slightly above room temperature on average. This is after the LED has been running for at least 30 minutes.

So what about the base of an LED bulb?

The base will definitely run hotter than the surface. Tests revealed that temperatures ranged between 145°F to 175°F and 63°C to 80°C. Touching an LED at this temperature can leave your skin with a nasty-looking burn.

Temperature ranges in an LED bulb depend on the brand and quality of the bulb. Being dimmable, the universal voltage and style of a LEDs fixture can greatly influence temperature readings. An enclosed fixture is bound to retain more heat.

Finally, the base of an LED bulb plays host to the heat expulsion system. Meaning heat is conducted outwards towards itself.

Since the base of LEDs is made of plastic, people tend to be curious about whether or not LEDs can melt plastic fixtures, lampshades, or housings.

The simple answer is no, LEDs cannot melt plastic fixtures simply because they do not get hot enough, even at the base of an LED bulb.

To paint a more vivid picture, we must consider the melting temperature of the specific kind of plastic used to manufacture LED bulbs, fixtures, and sockets. The type of plastic used is known as Polycarbonate plastics or PC.

Besides the high melting point of PCs, these plastics used in light fixtures can be combined with flame retardant materials to allow greater fire safety.

If you take into account, the operating temperature of an LED bulb at the base, at a maximum temperature of 175°F (80°C), you’ll realize that you are well within the temperature range capable of affecting the fixture or surrounding material.

What Is The Most Suitable Fixture For LED Light?

The best light fixture for LED bulbs is most certainly one with ample ventilation for adequate heat expulsion.

Some LED light fixtures do not allow for adequate ventilation, example of such are can lights, retro mason jar lights, track lights, and a variety of table lamps. So be sure to pick LED lights with proper ventilation if running temperature is important to you.

It is common to find some semi-flush bathroom and kitchen ceiling fixtures that are rated as enclosed and won’t allow for a non-enclosed rated LED bulb without heating issues.

Some people combine CFL and LEDs in a single fixture, this is highly discouraged. When you combined a high heat light bulb with an LED you are depriving yourself of all the benefits that LEDs have to offer.

Combining CFL and LEDs can lead to dramatic temperature spikes. While not a fire hazard, your LEDs may burn out sooner than they should.

To wrap it up, keep in mind that using LEDs atop hood ranges and stoves can also affect the performance of your LEDs. As earlier stated, LEDs love to run in cooler environments, while the bulbs, fixtures, or sockets may not be affected directly, they may face performance issues caused by overheating.

Why can’t you use LED lights in enclosed fixtures?

Unfortunately, owing to the heat entrapment of enclosed fixtures, not all LED light bulbs may be suitable.

Or perhaps it is better to suggest that they should not be used.

It may still be feasible to use a conventional LED bulb in the enclosed fixture, but this will result in a shorter life duration and the possibility of early dimming.

Can You Mix LED and Incandescent Lights In The Same Fixture?

In a multiple-light fixture, replacing a bulb one at a time is easier.

It doesn’t matter if it’s a lamp, a ceiling light, or a chandelier.

You may want to convert your entire home to LED lights, but instead of doing it all at once, you may choose to replace the old bulbs with LED one at a time.

Yes, you can mix LED and incandescent bulbs in the same fixture, although it is not advised. It might cause the LEDs to flicker or get destroyed if the fixtures are old.

It is always suggested to use matching bulbs in a fixture for both practical and aesthetic reasons.

It is preferable to use the same type of bulb in the same socket for a variety of reasons, not merely to prevent any power management or bulb performance difficulties alluded to above.

Mixing bulbs in the same fixture like this will briefly bring you out of the dark, but it’s ideal to make all the bulbs in a fixture match.

Why You Shouldn’t Mix LED and Incandescent Bulbs

The separate bulbs may light up when you switch on the fixture, but that doesn’t imply you should use them together.

LED bulbs are energy-efficient, which means they require less electricity than incandescent lamps. While LEDs can significantly lower your electricity costs, you should be cautious about combining them with other types of bulbs.

Incandescent bulbs consume more energy, causing LED lights to flicker as the light fixture tries to figure out where to send more power.

Another issue is the heat generated by incandescent lamps. LED lights are often made of a mix of metal and plastic components. The low heat and power produced by LED lamps are insufficient to destroy the delicate plastic parts. Incandescent bulbs are not the same as fluorescent bulbs.

90% of the energy they use is wasted as heat, frequently becoming hot enough to melt the plastic in the LED lights, which is obviously a major fire danger and may not be worth the risk.

This is only a problem if the lights are quite close together, but it’s probably not worth the risk, given how inexpensive light bulbs are in general.

Is it Safe to Mix LED and Incandescent Bulbs?

When it comes down to it, the issue you want to be addressed is whether it is safe to mix LED lights with incandescent bulbs.

It’s unlikely to create a power outage or spark an electrical fire.

Simply said, you may mix LED and halogen bulbs together, which is a simple approach to gradually convert your fixtures to energy-saving LED lights.

As previously said, even if it is safe, you should exercise caution while combining different types of bulbs.

Because the fixture may not be intended to supply varying power levels to different sockets, you will see flickering lights.

LED technology has seen a lot of improvements over the years in areas such as color temperature, lumen, and safety specifications.

Assuming you have installed bulbs and fixtures as specified by manufacturers, you have little to no worries about melting plastic fixtures.

To prevent burns from hot LED bases, allow your bulb to cool down before touching it.

Thanks for reading. Please tell us about your experience with LEDs and fixtures in the comment section below.

Will LED bulbs melt my headlights?

The simple explanation is that all filament lights release thermal photons, which means they will not produce white light until they are “white-hot,”. LEDs on the other hand have a heat efficiency rate of around 80%, which means very little heat is wasted. So LEDs will not get hot enough to melt your plastic headlight. 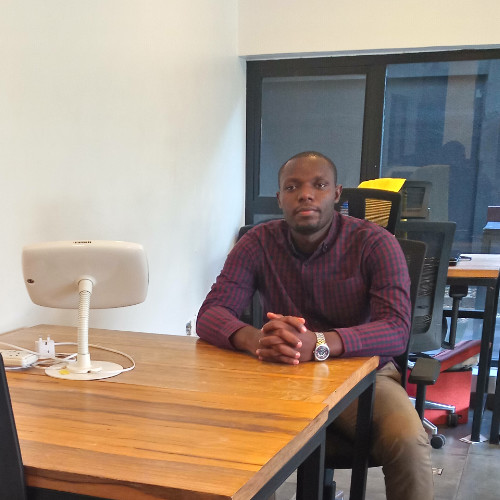